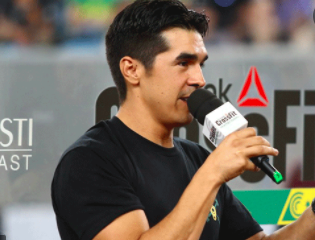 Dave Castro has been fired by Crossfit CEO Eric Roza

beem can confirm that Dave Castro has been fired from his position as general manager of Sport for CrossFit LLC by Eric Roza, according to an internal email circulated to CrossFit employees on January 4. The change comes seven weeks before the 2022 CrossFit Games season kicks off and Roza said the decision was “difficult” in the internal memo.

Castro confirmed the firing to Morning Chalk Up via text but did not respond to a further request for comment. However, Castro posted this comment to Instagram: